What is propolis? Characteristics and Benefits

MARNYS KSA > Blog > Our products > What is propolis? Characteristics and Benefits

Jars of honey are made by bees and that’s known by most people. But have you ever thought of something other than honey that bees can produce? Right, there is another compound that bees make aside from honey and that is Propolis. It is a greenish-brown and sticky product that is used as the bees’ coat when building their hives.

Going back to the years of ancient civilization, propolis is used for medicinal purposes. Greeks use it when they need to treat abscesses, Egyptians for embalming mummies, and Assyrians for treating wounds as well as tumors because they believe that Propolis help to fight and stop the infection and make the healing process faster.

The word propolis comes from the Greek, “Pro” meaning “in front of” or “at the entrance of” and “polis” meaning “community” or “city”, which means a substance that is used to preserve the hive. It is a waxy resin, complex in composition and viscous in consistency, which bees make and use in the construction, repair, insulation and preservation of the hive.

Its importance in hives

Propolis is also called “bee glue”, which is a natural resinous (wax-like) substance found in beehives and is used by bees as a cementing material to close open spaces and cracks in their hives. It is also used for its “cleansing or antiseptic” effect to protect the bee larvae, honey stores and comb. Likewise, it prevents water from getting into the hive, which keeps the humidity constant and also helps to control the flow of air into the hive. 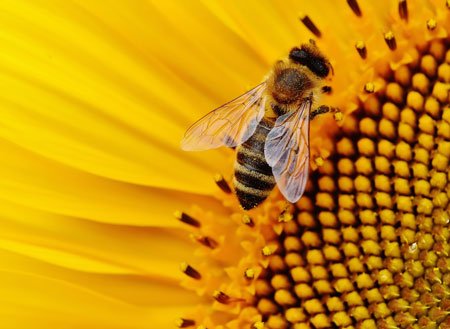 Propolis, is collected by worker bees from many plant resinous secretions, such as mucilages, gums, resins and lattices, and also from the leaf buds of different plant species such as palm, pine, alder, poplar, beech, conifer and birch, and is then mixed with salivary and enzymatic secretions.

There are numbers of researches that show Propolis has a lot of benefits to a human body. Here are the following benefits and advantages of taking it.

What are the uses of propolis?

In the last few decades, it has become increasingly popular as a health food in many parts of the world, including the United States, Japan and the European Union, where it has become a priority food for human well-being.

In the food industry, it is used in many preparations for its nutritional value and its use in food preservation technology. It is also widely used in pharmaceuticals, both as an additive and in synergy with some therapeutic preparations.

How to use Propolis?

Propolis can be taken in different preparations (capsules, oral-liquid vials, etc.), as well as applied in creams, ointments or other topical formulations.

Propolis has shown a good safety profile, in fact, the Spanish Agency for Consumer Affairs, Food Safety and Nutrition does not set maximum consumption limits for this ingredient.


How much can I take?

It is important to note that chewing large amounts of raw propolis can cause nausea and digestive disorders. Also, as it is a bee-derived product, it is important to check if there is any special sensitivity to bee products (pollen, honey, etc.) before taking it.

For balancing the intense mental and physical activity